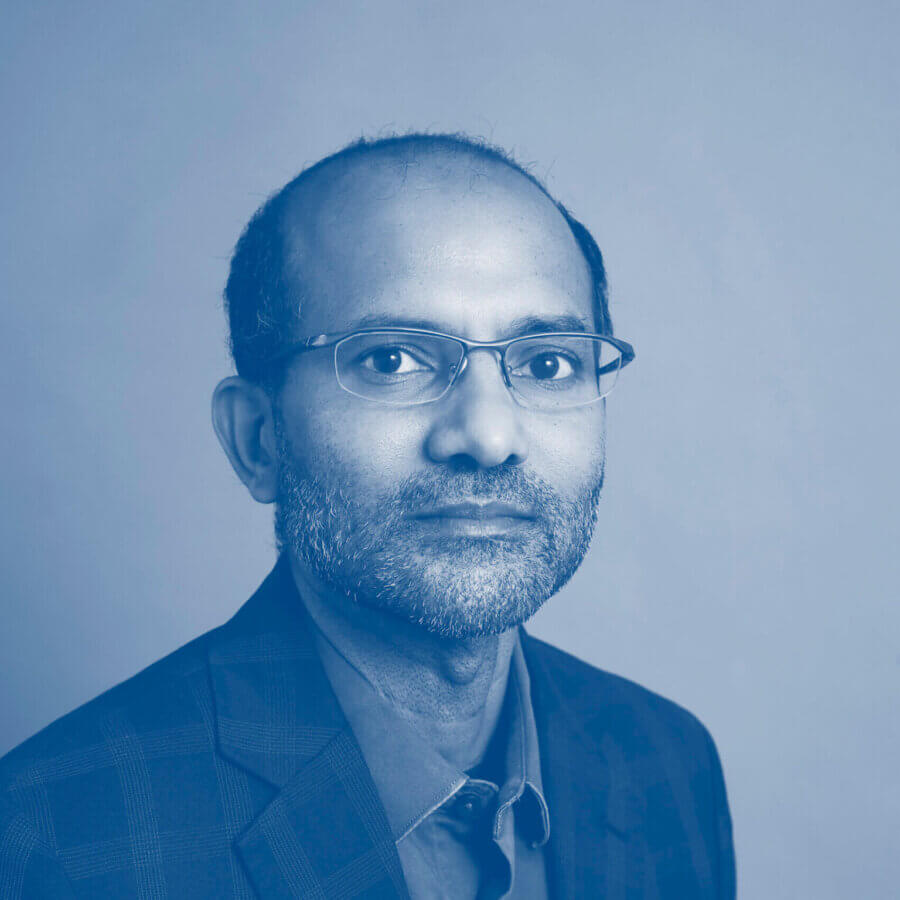 Professor Navin Ramankutty (born 1970 in India) is a leading researcher in global sustainable land use and food systems. His research uses global data and models to understand how humans use and modify the Earth’s land surface for agriculture, to evaluate resulting global environmental consequences, and to explore solutions to the problem of improving food security with minimal environmental footprint. Ramankutty received his PhD in Land Resources in 2000 from the University of Wisconsin-Madison.

Ramankutty grew up in India and did a bachelor’s degree in Engineering, but his interests shifted immediately to Earth System Science. His early research during graduate studies examined the drivers of the Earth’s temperature over the last century, and used the historical data and simple climate models to estimate the sensitivity of the Earth’s climate to increasing greenhouse gases. He subsequently became interested in the interactions between climate change and ecosystems. He was a core member of the team that developed the Integrated Biosphere Simulator (IBIS), one of the earliest dynamic global vegetation models that allowed the scientific community to understand climate-vegetation interactions and feedbacks. For his doctoral work, Ramankutty constructed the first historical data set of the world’s croplands over the last 300 years. He used this data set within the IBIS model to study the effects of human land use on the global carbon cycle. Ramankutty has since developed numerous widely-used global data sets describing the world’s agricultural land cover and land management practices.

Over the last decade, Ramankutty’s research has focused on the challenge of feeding a growing global population in ways that are more environmentally sustainable and climate resilient. His research team has developed global data sets, geospatial and statistical analyses and crop models to address these questions. He was part of the team that published a study in 2011 proposing four major solutions to achieving a doubling of available food calories while reducing agriculture’s environmental footprint. His research team has explored the trade-offs between biodiversity conservation and food production, and estimated the potential impacts of climate change and extreme weather events on crop production. Along with his students, he has explored the sustainability outcomes associated with organic agriculture, urban agriculture, and small farms.

Ramankutty has been a Professor and Canada Research Chair in Global Environmental Change and Food Security at the University of British Columbia since 2014. Prior to that, he was a Professor of Geography at McGill University, and a Research Scientist at the University of Wisconsin-Madison. He is a co-chair of the Scientific Steering Committee of the Global Land Programme. He was a lead author of the Millennium Ecosystem Assessment report, a contributing author of the Fourth Assessment Report of the Intergovernmental Panel on Climate Change, and is contributing author of the Intergovernmental Science-Policy Platform on Biodiversity and Ecosystem Services. He is or has served on the Editorial Board of the journals Environmental Research Letters, Land, CABI Agriculture and Bioscience, Global Food Security, and Global Ecology and Biogeography. He is an Aldo Leopold Leadership Fellow. He has been a Web of Science Highly Cited Researcher (“multiple highly-cited papers that rank in the top 1% by citations for field and year”) for the past 3 years.

Ramankutty has successfully mentored 35 graduate students (21 as primary supervisor) and 10 postdoctoral fellows (8 as primary) over his career, most of whom have gone to fulfilling careers in academic or applied research. He and his team have published over 100 journal articles in some of the top journals in science including Nature, Science, and Proceedings of the National Academy of Sciences. He is also a passionate science communicator who, together with members of his research group, engages in myriad science communication and community engagement activities including: a ‘Nature of Food” blog with ruminations on science and the scientific process, developing art projects and exhibitions based on research, producing maps of agricultural land use for the National Geographic magazine and other outlets, giving public presentations including lectures in local schools, and interacting with print media, radio, and television on research findings.