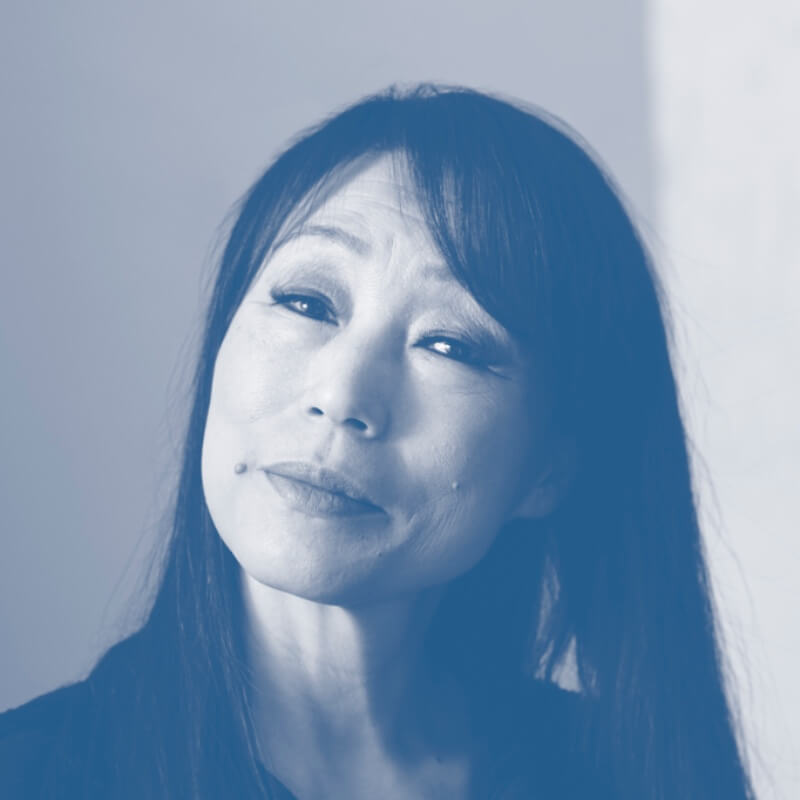 In addition, Unsuk Chin has been active in writing electroacoustic music, receiving commissions from IRCAM and other electronic music studios.

She has been Composer-in-Residence of the Lucerne Festival, the Festival d‘Automne, Stockholm International Composer Festival, Deutsches Symphonie-Orchester Berlin, the Cologne Philharmonic’s Eight Bridges festival and the Seoul Philharmonic Orchestra, among others. In 2007, Chin’s first opera Alice in Wonderland was given its world première at the Bavarian State Opera as the opening of the Munich Opera Festival and released on DVD by Unitel Classica.

Since 2006, Chin has overseen the contemporary music series of the Seoul Philharmonic Orchestra, a series which she founded herself. Since 2011, she has served as Artistic Director of the ‘Music of Today’ series of the Philharmonia Orchestra in London. In 2016, Chin was appointed Artistic Advisor of the Seoul Philharmonic. Portrait CDs of her music have appeared on Deutsche Grammophon, Kairos and Analekta. Unsuk Chin’s works are published exclusively by Boosey & Hawkes.

The music of Unsuk Chin eludes the attempt at a stylistic of geographical classification: it draws on a variety of sources, but in unheard-of ways. Chin considers music as fluid architecture and has frequently likened it to the paradoxical world of dreams or of quantum physics. Her music is modern in language, but non-doctrinaire in communicative power, and she has strong ties both to the new music scene as well as to the broader classical music circuit.

“To compose I need to be in no-man’s-land. I need a lonely heart for that”, Chin describes her creative process.

Chin is, in her own words, obsessed by virtuosity, and her catalogue of works contains a number of concertos for violin, piano, prepared piano and percussion, cello, clarinet and for sheng, as well as an ongoing series of Piano Etudes.

A number of works feature a programmatic aspect and introduce a wide range of cultural allusions: Le Silence des Sirènes draws on Homer, Joyce and Kafka, cosmigimmicks on the art of pantomime and on Beckett, whilst Mannequin refers to Bruno Schulz and E.T.A.Hoffmann, Graffiti to street art, Rocaná to Olafur Elíasson’s installations, Cantatrix Sopranica to the theatre of the absurd and to Oulipo. Chin’s most recent two works, Chorós Chordón as well as Le Chant des Enfants des Ètoiles are inspired by modern physics, cosmology and by poetry from Blake to Manner.